Have a tough time getting around iElixa and looking through all 21 pages to find what you're looking for? Well stop looking, because this page will have all the subjets to talk about, but they will be all said in a short amount of space so that we can fit everything! ENJOY! 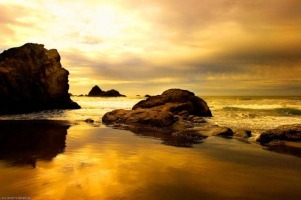 A neat place to relax and enjoy!

MORE OMG! TOPICS COMING UP IN THE SUMMER! OMG!!!

NEW SEGMENT! IWEATHER! WILL GIVE YOU YOUR LATEST WEATHER. COMING UP ON MAY 22ND 2009!!!

SUMMER PARTY COMING UP ON MAY 22ND 2009! WHOLE IELIXA WILL BE CHANGED INTO A SUMMER TUNE! MORE INFO ON ISUMMER PAGE. 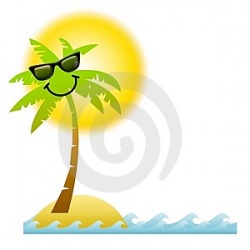 VISIT THE PAGE ISPLASH PAGE ON MAY 22ND 2009 FOR A AWESOME SUMMER PARTY AND LOOK AT THE IELIXA BACKGROUND! IT WILL CHANGE!

MAKE SURE YOU COME TO OMG! DIALY BEACUASE WE'RE GOING TO HAVE... NEW TOPICS!

HERE IS ONE OF THE MOST BEST TOPICS EVERYONE LIKES:

IF YOU HAVE A VIRUS IN YOUR COMPUTER (ALSO CALLED BUGS) THEN TELL THEM A NEW AND FUNNY JOKE AND THEY MIGHT JEST GO AWAY!

Hey, you just clicked on another segment of:

This is the computer speaking. Today we have: Elixa, Co-Host, and the PRODUCER!

Producer: So why did you have to put my name in big letters?

Computer: OK. Lets get on with the show. Elixa: Global Warming, Co-Host: Cheese, and PRODUCER: Ointment.

Elixa: Global Warming is important because it will ruin our earth within a few years.

Co-Host: Cheese is yummy, good, and is healthy for you.

Producer: Ointment helps your heal your injury you got.

Elixa: We won't get cheese if there is global warming.

Co-Host: So. You can grow cheese.

Producer: First thing: you can't grow cheese, it comes from cows, and second: ointment is WAY BETTER than cheese.

Elixa: Prevent? Whatever. GLOBAL WARMING IS THE MOST IMPORTANT. NOT CHEESE OR OINTMENT!!!

Computer: And that was our 3-Way Random Debate. PRODUCER!

Producer: Shut up would ya!

Hey! You just clicked on another segment of:
This is the Co-Host speaking. Today we have: Elixa and the Producer.

Elixa: For Example: An Orange.

Elixa: You can eat an orange.

Producer: OK, how does that make the color orange important. Shampoo comes in orange.

Elixa: I don't know BUT... the color orange comes inside of all sorts of fruits.

Elixa: The color orange is a awesome color.

Elixa: Their is different shades of orange.

Elixa: Flavors? What has that have to do with shampoo. You can eat shampoo.

Producer: I don't know. Just giving facts. And in fact, I have given out more facts than you did. So shampoo is better.

Elixa: NO! THE COLOR ORANGE IS!

Producer: NO! YOU ARE SO true.

Producer: No not really.

Co-Host: And that was our random debate! PRODUCER!